Support the Site by Buying from YesAsia

Young, but not COOL...
Conventions, cliché, “as usual” are what you call a typical Hollywood action blockbuster and just seconds within Daniel Lee’s Dragon Squad, you will realize the similarities. Starring an International cast, Lee gathered a bunch of “wannabe towards stardom one day”’ from China, HK, Koreans, France and US. However, the most stinking part of this movie is its producer – a now-not-so famous Steven Seagal. Think about it, who in the hell would watch a movie starring a fat Seagal and to make it worst it is a Seagal Production. Man, you get the picture and yes, it is almost crap.

The movie goes like this: A team of young Interpol agents arrive in Hong Kong to give testimony at the trial of local crime lord `Puma' Duen. Among them are American agent Andy Hui (Andy On), Taiwanese cop Vanness Chang (Vanness Wu), and local lawman Lok. They are greeted by Hong Kong police commander Hon Sun (Simon Yam). The heavily armed convoy taking Puma to court is attacked by a ruthless team of North Korean agents, led by international terrorist Petros Davinci (Michael Biehn). Petros is seeking revenge for his brother in arms, who was killed by Puma and his brother, 'Tiger' Duen. At Petros' side is his fierce enforcer, Ko (Jun-ho Heo), and a lethal lady sniper, Song (Maggie Q). After Puma is snatched, the Interpol team insists on tracking down Petros themselves. Hon Sun rejects their request and places the team in the care of veteran police officer Kong Long (Sammo Hung). A burned out cop who has never come to terms with either his personal or professional history, Long Kong is reluctant to get involved. Finally, inspired by his young charges, he rises to the occasion, and leads the Interpol team on their quest for Petros and his team. The mean streets of Hong Kong form a backdrop for a battle of wills, wits, and urban warfare.

Perhaps there is decency in the movie, namely the innocent looking girl from Kung Fu Hustle and Tony Leung “Infernal Affairs” look-alike – Raymond. They were the saving grace and display more charisma than the entire cast. However, two stones do not save a waterfall falling down a river and the real problem here lies in the saturated concentration of too many sub-characters and subplots. When you realize that even Sammo Hung appears here and there to fight a few Koreans, then you finally get the direction of the movie – trying to cover too much with too little plotline. Maybe, I am being too critical as the movie wants to be appealing in a cool way, but stupid editing and cutting ruins an otherwise “cool” movie for a new generation. The opening introduction of the actors is probably the worst possible piece of Hollywood cliché employed and the effect is feeling the cheese.

Sure the action scenes are above average as Daniel Lee is more than capable in handling action sequences as seen in the energetic and fun – Black Mask, but here, there is no humor, seemingly serious all the way and even an attempt to be somewhat emotional. However, when you have like millions of characters for the audience to care about, it is just an impossible infliction. Think about you going on a crowded street one day and you see a lot of attractive girls and everyone of them fall to the ground – who would you care for? No one, everyone or as Neo would say – who gives a shit!

Basically, Daniel Lee has wasted a more than capable cast, that nearly all have done better, while some may call this mindless entertainment, Neo would call this a stupid idea. Sure, the idea of an international cast can be uniting, but we are making a movie here and the purpose of a movie is to entertain and unfortunately Dragon Squad fails in almost all departments. Sure, the action scenes are fine and prolonged, but ultimately the production team failed to execute the right timing and the effect is like a guy walking down the street stumbling across a 5 cents coin once in a while. Sure, Squad isn’t absolute crap, but it surely disappoints as it could have been so much better. Then again, no matter how crap I am panning this to be, it is probably Steven Seagal’s best production in years. In that, I really meant it.

Comment on this movie on HK Neo Reviews Forum 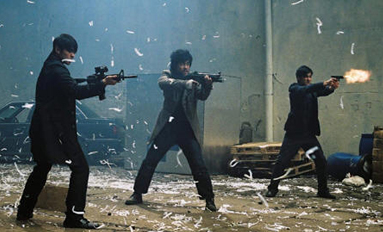 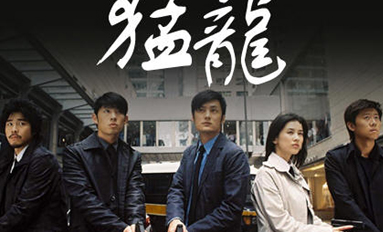